Next Kamloops Y Dream Home will be in Juniper Ridge

The 2023 Central Interior chapter of the Canadian Home Builders’ Association training house (which becomes the grand prize in the annual Kamloops Y Dream Home Lottery) will rise in Juniper Ridge.

With the traditional sawing of a two-by-four “ribbon cutting” on Thursday (Aug. 4) amidst storm clouds and windy conditions, next year’s dream home is officially under construction.

The CHBA-CI, Kamloops Y and Thompson Rivers University trades students were on hand to break ground on the abode at 2197 Coldwater Dr. The project serves as a training house for first-year TRU trades and technology students, who will now build the frame and install electrical wiring. 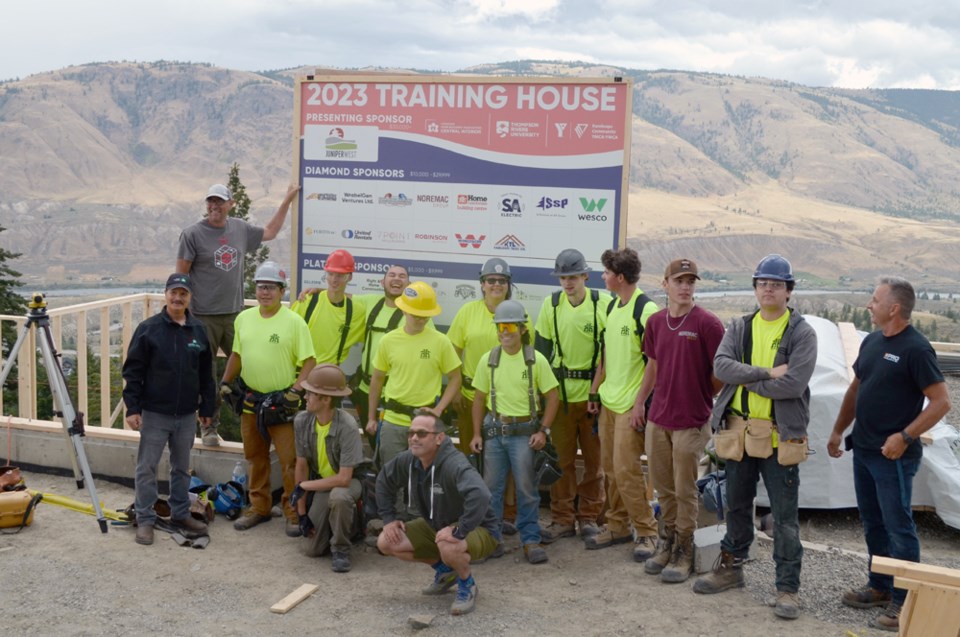 However, for the first time, trades students are not building the home’s foundation, given the steepness of the sloped property upon which the home will be built.

“Too complex [a job] for first-year students,” Lorenz said.

Students are now in the midst of framing the house.

Lorenz said this is the 33rd training house built in partnership between the CHBA-CI and TRU — and the 27th Y Dream Home.

He said they are looking at incorporating other trades students, such as those studying HVAC and plumbing, to put together those respective parts of future training houses.

Once completed, the house will be sold to the Kamloops Y, to be used in the lottery, prizes for which are drawn in early summer.

Last year’s home was built in Tobiano and this year returns to the Juniper neighbourhood for the first time since 2017.

“We like to move it around and give it a different location every year,” Lorenz said.

Meanwhile, the 2022 Y Dream Home has hit the open market, as was intended by its winners, with the Tobiano house up for sale for $1.195 million, just under its listed $1.2 million value.