Category 3 blazes (open burning of certain sizes) are now prohibited, but campfires are still permitted
Kamloops This Week Staff Jun 23, 2022 11:29 AM
Previous Next
1 / 1
Expand
Previous Next

Category 3 fires have been banned across the Kamloops Fire Centre as of noon on Thursday, June 23.

The order will remain in effect until Oct. 15.

Category 3 fires include any open fire higher than two metres or wider than three metres, as well as any windrows and stubble or grass over an area greater than 0.2 hectares, or half an acre.

The prohibition does not ban campfires, which can be up to a half-metre high and a half-metre wide, nor does it apply to gas, propane or briquette cooking stoves.

The prohibition applies to public and private land unless excepted by bylaw. 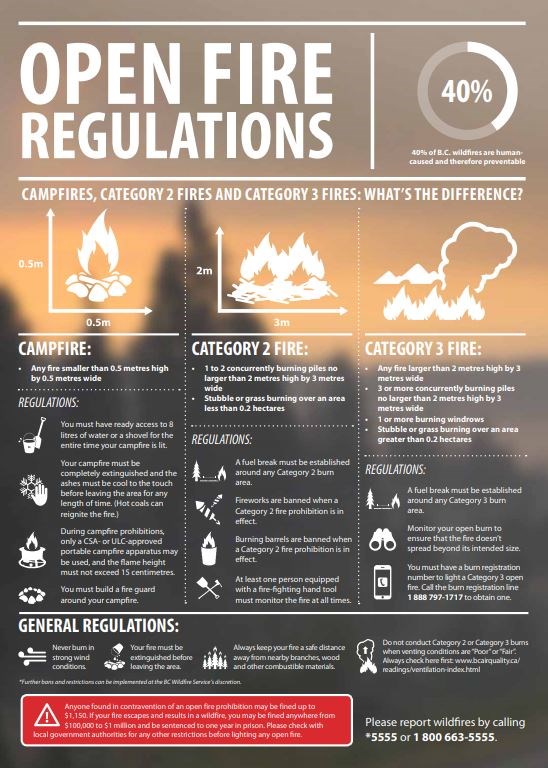