Tara Pryce said she has suffered a heart attack, been in two diabetic comas and requires dialysis at least three times a week
Dave Eagles Sep 23, 2022 10:26 AM
Previous Next
1 / 1 Tara Pryce had two mobility scooters stolen from her carport on Sept. 19, 2022. With her current health issues and loss of mobility, Pryce said she is unable to access her regular kidney dialysis treatments.Dave Eagles/KTW
Expand
Previous Next

A Kamloops woman with multiple medical issues has been the latest victim of motorized scooter theft in Kamloops after reporting the theft of two scooters to police on Tuesday (Sept. 20).

The scooters were taken from her carport, where they were locked and stored.

One is her own scooter, still under warranty, and the other scooter belongs to a friend who is fighting terminal cancer.

Tara Pryce said she and her landlord each heard commotion outside her Lorne Street residence on Monday night, but noted that gatherings in adjacent Pioneer Park are nothing new.

“The cops — he was very nice — but he said probably the only way they’d find them is if they did a bust on a house or a raid on a house because they can’t just stop people that look sketchy on the street and say, ‘I want to check all your serial numbers.’”

Pryce said she could confirm the serial number on her new scooter because she acquired it six months ago. 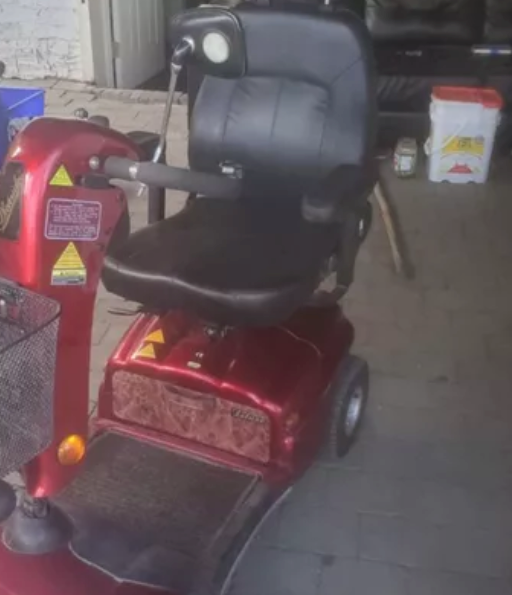 She hasn’t been able to use it much, though, as she is recovering from a recent heart attack.

For Pryce, the scooter has been her only way to get around the city.

“It gave me so much freedom,” she said. “I could grocery shop, I could take care of errands.”

Pryce said she lost her job at the beginning of the pandemic because her kidneys were failing. She now receives disability assistance.

Pryce said her current health conditions will not permit her to walk the several blocks required to access the nearest bus stop.

In the past 18 months, Pryce said she has fought through many medical battles — two diabetic comas, broken bones and surgeries on her legs.

Pryce said she needs dialysis at least three times a week to keep her alive.

A friend has started a GoFundMe page to help raise money to get Pryce another scooter. She said she hopes someone will do the right thing and make an anonymous call to police to enable its recovery, but admits it is a long shot.

To donate to the GoFundMe account, “Help Tara get a new scooter!”, go online to https://bit.ly/3BCjaDX.

Other recent scooter thefts in Kamloops

• Kamloops This Week reported earlier this month that a woman was beaten and robbed of a scooter in Brocklehurst while she was riding in the area of Parkcrest Avenue and Holt Street at 1 a.m. on Monday, Sept. 12.

• A Kamloops senior’s stolen medical scooter was recovered thanks to the eagle eye of an officer who recognized the thief. The scooter had been stolen on June 5 from outside of the Lansdowne Village Shopping Centre.

• A 42-year-old man is facing charges after he was found pushing a stolen scooter along a sidewalk in Dallas in the wee hours of Sept. 16. An officer noticed the scooter on a sidewalk near Kokanee Way in Dallas and recognized the man pushing it along. Police checks revealed the scooter had been reported stolen and the man was on probation.

• Earlier this month, a senior had the canopy of her scooter stolen while it was parked outside the North Shore Safeway store.