Jim Lovelock’s blunt predictions of global climate disaster were once seen as exaggerated, but he understood what was really happening
Gwynne Dyer Aug 3, 2022 2:31 PM
Previous Next
1 / 1
Expand
Previous Next

Jim Lovelock was a late bloomer. His first book, Gaia: A New Look at Life on Earth, was published in 1979, when he was already 60 years old.

By the time he died on July 28, on his 103rd birthday, he had written 10 more books on Gaia, the hypothesis that has evolved into the key academic discipline of Earth system science.

That gives him a strong claim to be Charles Darwin’s legitimate heir. Just as Darwin’s 19th-century theory of evolution shaped our understanding of how life became so diverse, our understanding of the present is shaped by Lovelock’s idea that the millions of living species function as a self-regulating mechanism that keeps the planet cool enough for abundant life.

The puzzle that started Lovelock down that road was the fact the Sun’s radiation has increased by 30 per cent since life appeared on Earth 3.7-billion years ago, while the planet’s average temperature, despite occasional huge surges up or down, has consistently returned to the narrow range most suitable for life.

What was making that happen?

Collaborating with American biologist Lynn Margulis in the 1970s, Lovelock worked out a  tentative description of the super-organism he named Gaia and wrote his first book.

Most scientists treated it with disdain because he was not a biologist, but also because Gaia had new age connotations of which Lovelock was unaware. He was definitely not a hippie. 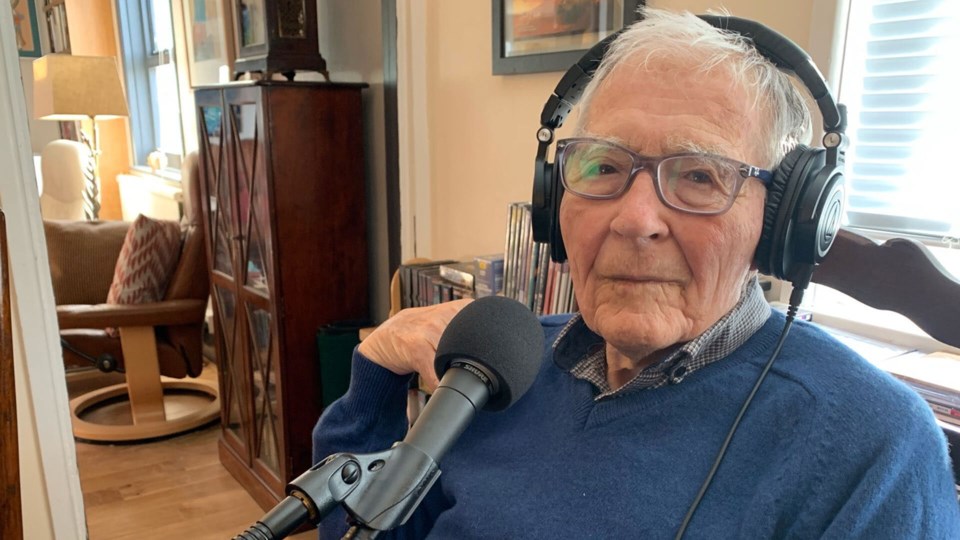 By 1988, however, the scientific world was starting to take the theory seriously. In 2001, a special congress of more than 1,000 physicists, biologists and climate scientists declared the planet “behaves as a single self-regulating system comprised of physical, chemical, biological and human components.”

Gaia (under the more dignified name of Earth system science) had achieved the status of scientific orthodoxy.

Meanwhile, Lovelock had been accorded the status of honorary environmental saint by the Greens, although he regarded most of their priorities as mere distractions and some, like their hostility to nuclear power, as potentially lethal blunders.

Lovelock’s blunt predictions of global climate disaster were once seen as exaggerated, but he understood what was really happening.

In his first book, in 1979, he gave a warning that I can still quote verbatim 43 years later.

“The larger the proportion of the Earth’s biomass occupied by mankind and the animals and crops required to nourish us, the more involved we become in the transfer of solar and other energy throughout the entire system ... We shall have to tread carefully to avoid the cybernetic disasters of runaway positive feedback or of sustained oscillation ...”

“If man had encroached on Gaia’s functional powers to such an extent that he had disabled her, he would then wake up one day to find that he had the permanent lifelong job of planetary maintenance engineer ... and the ceaseless intricate task of keeping all the global cycles in balance would be ours.

“Then at last we should be riding that strange contraption, ‘the spaceship Earth’, and whatever tamed and domesticated biosphere remained would indeed be our life support system. We would face the final choice of permanent enslavement on the prison hulk of the spaceship Earth or gigadeath to enable the survivors to restore a Gaian world.”

Apocalyptic but accurate, yet he never despaired.

I didn’t meet Lovelock for the first time until 20 years after that book came out, but every time I went down to Devon to see him, his natural cheerfulness kept breaking through his professional pessimism.

Eventually, I asked him about it.

He replied: “Why do I oscillate between being cheerful and being pessimistic? My role, really, my main job, is being a prophet and it’s the only way you can make prophecy. You have to build up scenarios in your mind. It could go this way or it could go that way and only then can you get a more balanced picture of what the future might be like,” he said.

“Earth’s behaviour itself is uncertain enough, but people’s behaviour is the biggest uncertainty of all. I mean, we might be on course for curing all these problems and then some stupid, silly war or a pandemic breaks out and it takes all our minds away from it. We’re the joker in the pack.”

We are not on course for curing all these problems, of course. We’re far off course, as Lovelock well knew, but he has given us the vital context of a self-regulating Gaian system.

Without that, we wouldn’t even know where to start trying to mend the damage we have done.

He was also a brilliant inventor. His electron capture detector confirmed the existence of the ozone hole and made him financially independent. He had a side hustle as a real-life Q, a gadget-maker for MI5.

But above all, he was a warm, gentle man with an impish sense of humour.

It was a privilege to know him.

Gwynne Dyer’s next book, Intervention Earth, will be published in 2023. It addresses the probable need for geo-engineering to cope with the climate crisis.